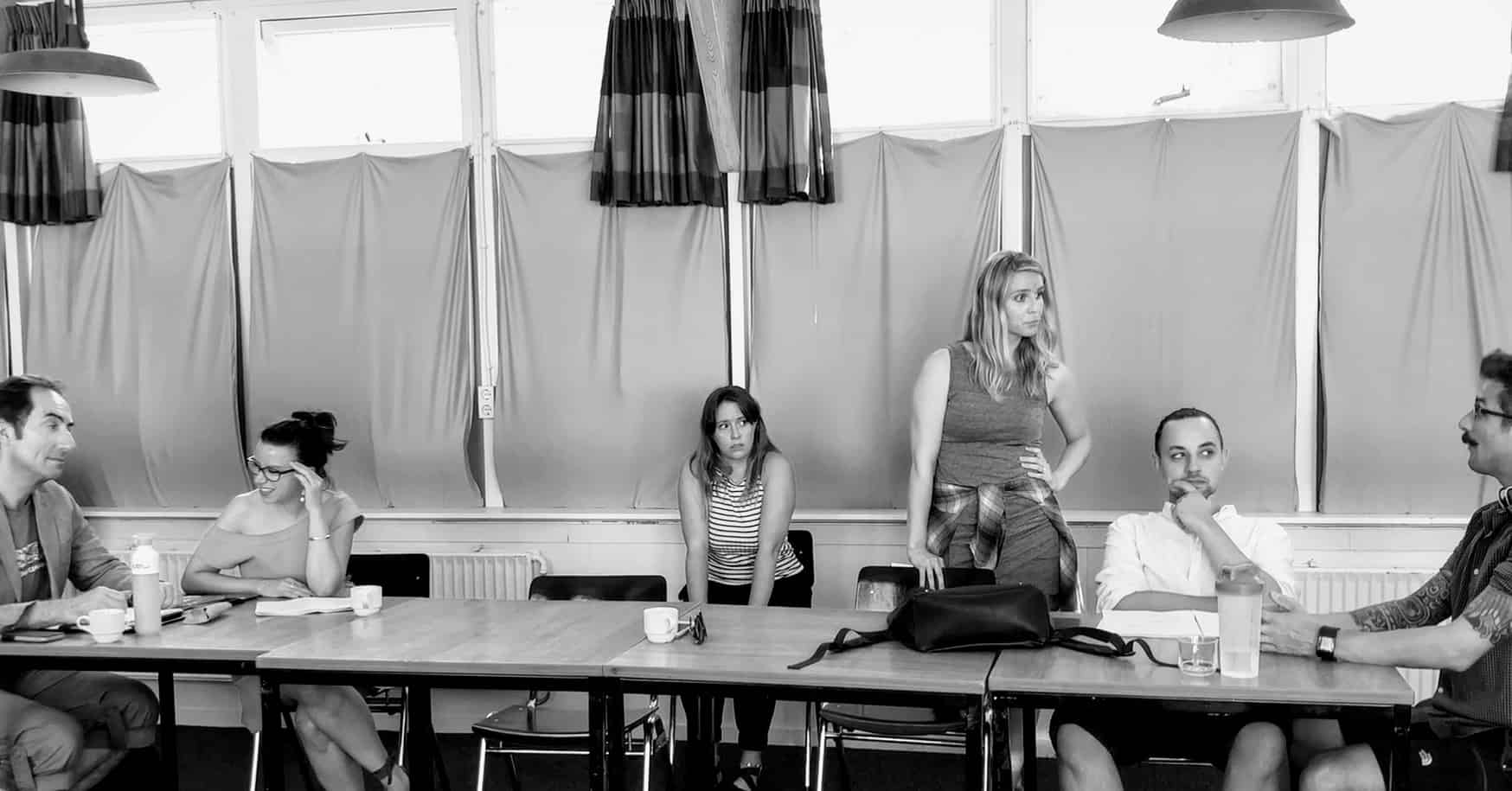 We had the pleasure of getting most of the cast together for a rehearsal one sunny Sunday afternoon on July 22nd. We did our first full run through of the whole play which was a completely hilarious experience and not a bad way to spend a Sunday.

It was brilliant to see how the piece is already starting to come together so early on in the process, and how all the characters are coming to life. Even at the initial table reads of the script, the dialogue pinged off the page, and the crazy humour really started to shine through in this rehearsal.

We’re very lucky to have such a talented cast and Director, and I’m really looking forward to seeing how far we can go with our characters in rehearsals. This is definitely going to be a production to remember!