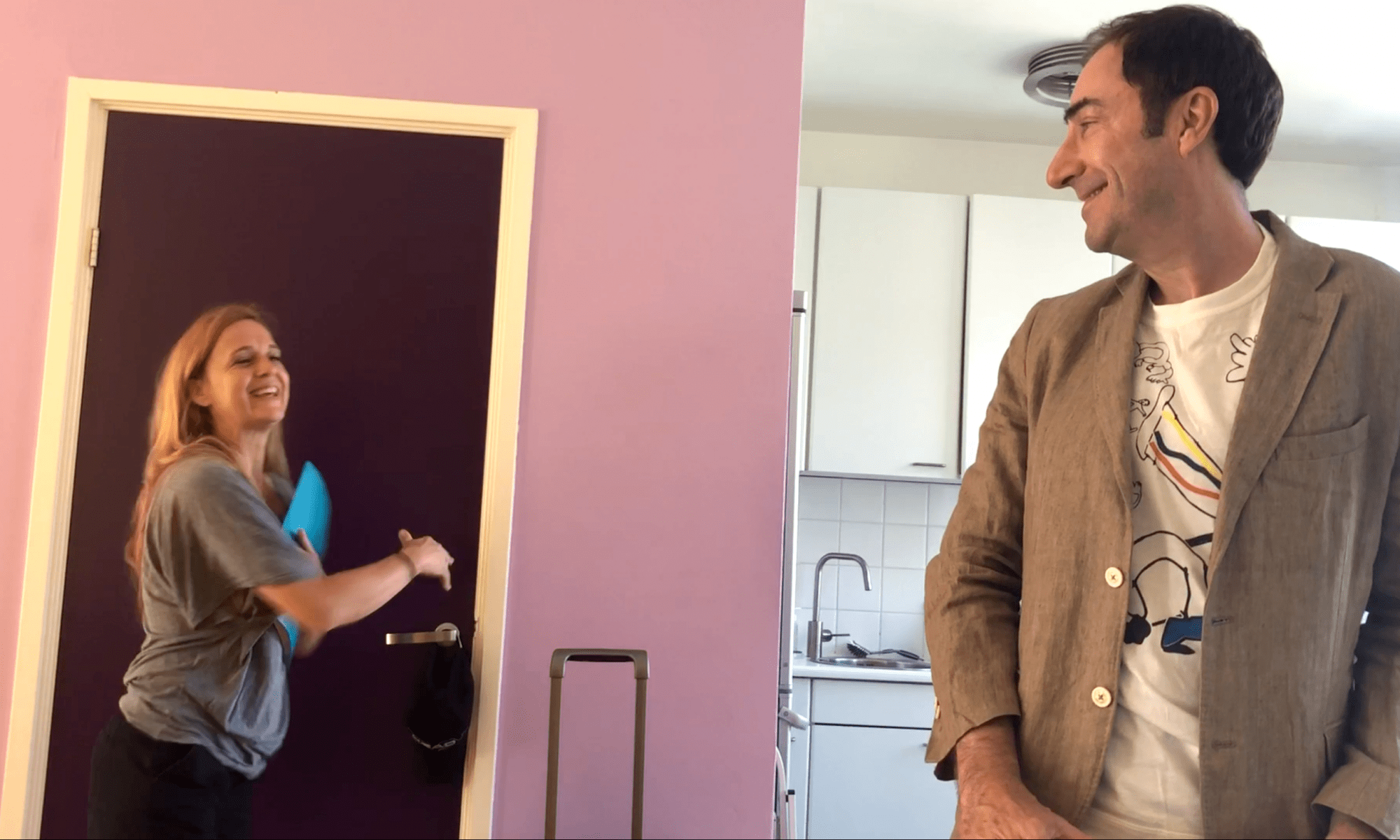 We started rehearsing The International Pastime in June in our director’s light and airy apartment in De Pijp in Amsterdam. The first thing that struck me is how committed everyone is. Some cast members are travelling from as far away as Eindhoven.

We’re also a very international company (I’ve counted six nationalities so far) which always makes a show interesting. When I first read the script, some of the scenes were so outrageous that I thought audiences would find them too far-fetched. But the author assures me they’re based on real incidents he’s encountered in his working life. I’ve obviously been out of the corporate world for too long!

(Pictured above: Delphine Ural as Deleeza & Francis Cox as James)